What Guitars Brands Are Finished With Nitrocellulose Lacquer? 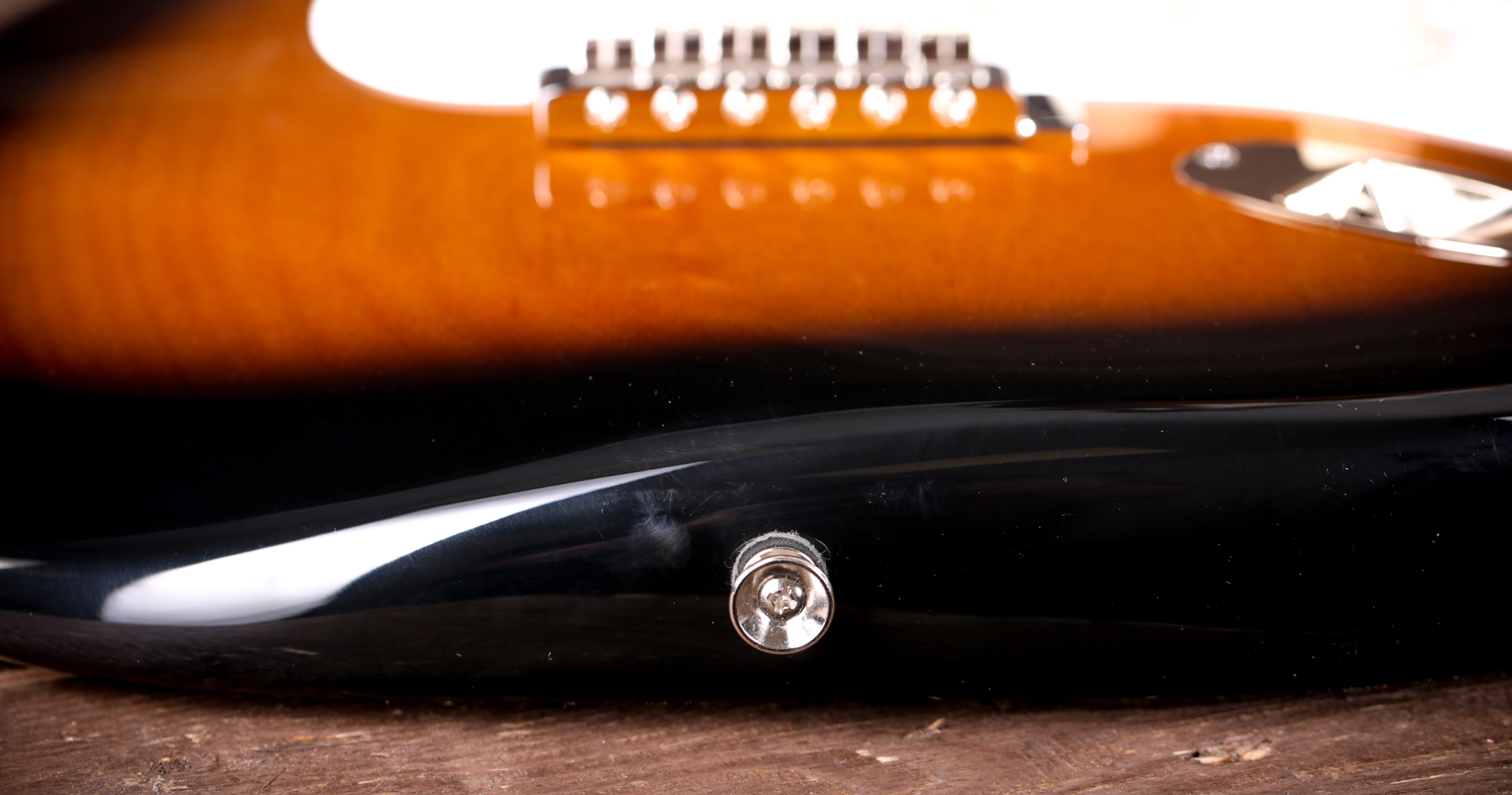 When nitrocellulose lacquer, or “nitro,” as we know it, first appeared on the market in the 20’s it was a game-changer. Well, not as much as paracetamol, but still, its creator DuPont chemical company could not even imagine what a gold mine they dug up. Compared to other finishes, nitro was: easier to apply, dried faster, had lots of colors, and that sexy gloss.

In the last century, more efficient and better-quality finishes were developed. However, many guitarists are still going nuts over nitrocellulose lacquer. Is nitro the best possible polish for electric guitars ever? Not necessarily. Maybe because of the kick-ass marketing (highly doubt that), or the metal coating finish wasn’t that great, or the guitarists have caught on the great sound it helps create. Who knows what the deciding factor was? What we do know that it became one of the staples for guitarists and guitar brands for good reasons. Let’s take a more in-depth look, shall we?

What is nitro and what the fuss is all about?

To start with, nitrocellulose is the first man-made plastic invented in the 19th century, by mixing organic cellulose with nitric acid. The nitro lacquer itself was created much later in the 50s, by combining nitrocellulose (which acts as a binding agent) and a solvent (a wide variety of chemical compounds). The resulting paint is then sprayed onto cars, furniture, saxophones, and… did I forget something? Oh right, electric guitars!

The coating process, however, is rather time-consuming. The lacquer is sprayed onto the guitar body several times over a few days after the previous layer has completely dried out. Those layers eventually melt into each other and create a resistant and colorful finish, which is later sanded, hand buffed and polished until the glossy and shiny effect is achieved.

One undeniable advantage (and disadvantage) of nitro is that the lacquer is airy. Meaning that the lacquer composition allows for air to go through and the sound alongside with it. Thus, while protecting the guitar body, this finish creates zero obstacles to the guitar sound performance. However, with a rather soft and airy texture, the finish evaporates over time, making the coating thinner and less resistant. Is it entirely awful? Not necessarily.

So, nitro’s main advantage is pretty clear – a great sound. Some might say that the modern versions of nitro aren’t as good anymore due to lesser sound quality. Compared to every other finish paint, the lacquer allows the wood to breathe and provides clear sound, tone, and sustain. This is equally important for guitarists looking for the warm, vintage sound of Gibson, or the crystal, electric sound of Schecter.

If you ask me, the better quality of the sound is enough reason to choose nitro over polyester, acrylic, or any other finish. Though if that’s not enough, nitro has the excellent color quality and striking gloss. Besides, as the finish is relatively thin, it highlights the natural wood textures. Nitro finish also feels absolutely perfect and smooth to the touch. Yes, nitro may be harder to apply, but this is one of the things that makes it high-class. The majority of guitars that have nitro finish are also hand-crafted and of higher quality. Nitro finish is maybe harder to maintain throughout the years. However, with aging, the axes develop this exquisite vintage coloring and warm undertones. That’s why die-hard fans of classic and vintage electric guitars are one of the nitro biggest fans.

The main reason why guitarists hate nitro lacquer is that with aging axes develop yellow coloring and cracks. This is a love or hate relationship, you see. The reason it happens is that the lacquer texture is somewhat airy and keeps evaporating over time. The lacquer is already softer and thinner compared to polyester. With time it gets even thinner; it loses color, becoming yellow and greenish. As it gets thinner with aging, the finish may get cracks over the surface. However, it doesn’t mean that finish integrity and protective qualities diminish. The other reason why the finish can get all crackly is because of rapid changes in temperatures. Such susceptibility to temperatures makes it a rather poor choice for always traveling guitarists. It at least makes it harder to maintain during travel.

The last thing worth noting is the difficulty of applying the nitro lacquer. Especially compared to new finish options. The whole procedure takes several days, as the finish needs to be sprayed onto the guitar several times. Each layer can only be applied after the previous one has completely dried out. Thus, it is not only time-consuming but also has to be done by hand, which lengthens production time and makes the guitar more expensive. Though the final result is simply excellent and besides, it may take years until the finish starts losing color. I’d say it completely worth the trouble, don’t you say?

What Brands Use the Nitro Lacquer?

It’s no coincidence I’ve mentioned classic and vintage electric guitars before. Back in the 50-60s, nitrocellulose lacquer was the most popular choice of finish for the guitar industry giants: Fender and Gibson. For Fender, mid 20th century was the Golden Age, and for all die-hard Fender fans, nitro is equal to the word “classic.” Fender has experimented with a bunch with paint finishes, including acrylic paint, though nitro was the dominant choice. While Gibson used nitro almost exclusively for all American-made guitars at the time. Both brands keep using nitro finish for some modern electric guitars, which can be found in Fender’s and Gibson’s Custom shops. These ones are created and considered to be of the highest quality and craftsmanship.

Many fans of vintage electric guitars, such as Fender’s Telecaster and Stratocaster, or Gibson’s Les Paul, expect to see the nitro finish to get the full experience of playing the axe. Why? Because nitro is more than just a finish – it enhances the sound qualities of electric guitars and gives it the signature vintage sound. 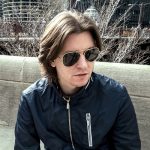 By Max Hudson
about author

My name is Max Hudson, born and raised in Chicago. I'm 30 years old and like many other people, I discovered guitar in my teens and have never looked back since. It has quickly evolved into a passion and has given me a creative outlet, something to redirect my time and unlimited energy toward. I want this website to be a handbook for players of all skill levels. It can become a starting point for your new hobby, where you can find the right instrument, get tips for playing effortlessly or anything else music related.